Not a member of Northern Credit Union? Join our family

If you aren't already a member, we welcome you to enjoy the benefits only a credit union can offer.

Stay in the know with Northern!

Proposed Merger of Northern and Countryside

We’re excited to announce the proposed merger of Northern Credit Union and Countryside Federal Credit Union. The Board of Directors of each credit union, the National Credit Union Association (NCUA) and the NYS Department of Financial Services (DFS) have unanimously approved this partnership. Through it, we seek to create more value on multiple levels for both institutions, who share common roots in the commitment to serving our communities and living the credit union philosophy of “people helping people.” Read the full press release here.

We want to hear from you!

As always, members and employees remain our top priority. Through this merger, we seek to continually improve services for your benefit, and we invite you to call us, email us, or stop by to share your thoughts and ask any questions you may have. We genuinely value your membership and know we owe our success to you. When you chose to bank with us you joined a cooperative owned by its members and have a stake and an equal voice in the future direction of YOUR Credit Union.

CEO and Board Chair Message

Learn more about the proposed merger of Countryside and Northern Credit Union in this podcast conversation about the many benefits of the partnership with Northern’s and Countryside’s CEOs, Board Chairs and Tom Glatt.

Listen to the podcast: 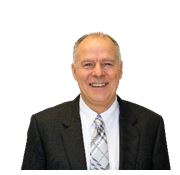 For the past 20 years, Dan has served Northern as a proven visionary industry leader having successfully led three additional credit unions throughout his 35- year career. NCU’s award-winning, people-first culture is a reflection of Dan’s leadership philosophy and is solidly supported by its core values, leadership credo, vision and mission and is consistently demonstrated by its nearly 130 internal owners and dedicated volunteer groups. Dan lives in Sackets Harbor with his wife, Darcy, of 40 years. Together they have been blessed with 3 children and 8 grandchildren. Dan is an active member of the community and enjoys family get togethers, friendships, boating, camping, golfing, watching and cheering on grandkids that play sports, performance dancing, school concerts and band events, and so much more! Dan and Darcy were born and raised in Maine. In 1981, Dan earned a Business Administration degree from Augustana College in Rock Island, Illinois.

Ben has served as both Chief Financial Officer and President and CEO of Countryside over his ten-plus year career and has dedicated himself to helping improve the financial lives of members through these roles. Ben lives in Cleveland, New York with his wife Lisa and daughter Jennifer, who is currently attending the University of Buffalo majoring in biology. When Ben’s not spending time with his family you can find him enjoying all the outdoor pursuits our amazing community affords each season including, skiing, snowmobiling and playing golf. Ben earned his Bachelor of Science in Accounting from SUNY Institute of Technology in Utica in 2010. 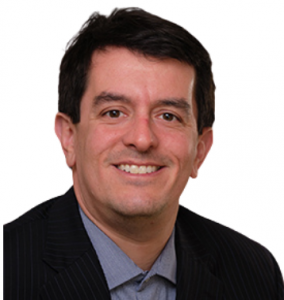 Mitchell Franklin PhD., CPA is an associate professor of accounting at the Le Moyne College Madden School of Business, in Syracuse, New York.  His research interests include the impact of tax law on taxpayer behavior, and pedagogical issues in both taxation and financial accounting.  Dr. Franklin has published over fifty articles in journals that include Issues in Accounting Education, Advances in Accounting Education, Journal of Taxation, Tax Notes, and Tax Adviser. Dr. Franklin presently serves on the editorial board of Issues in Accounting Education and is an associate editor for The Accounting Educators’ Journal.  Professionally, Dr. Franklin currently serves as President of the American Accounting Association Northeast Region and serves as Chair of the 2023 American Taxation Association Conference for Teaching and Learning.  Prior to joining Le Moyne College, Dr. Franklin served on the accounting faculty at the Syracuse University, Whitman School of Management for fifteen years.  Dr. Franklin started his involvement with Countryside Federal Credit Union Board of Directors in 2010, and became Chair of the Board in 2013.  Upon final approval, Dr. Franklin will be joining the Board of Directors for Northern Credit Union.

Gary Rowe, CPA, Chairman of the Board, Northern 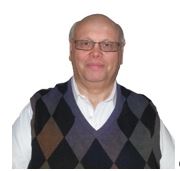 Before entering private practice, Gary was the Controller for regional franchisor Jreck Subs, Inc. Prior to that Gary was the Fiscal Officer/Controller for the Development Authority of the North Country, a New York State Public Benefit Corporation. At the Authority, Gary was charged with overseeing the financial matters of the Authority which, at the time was building and operation of the sewer/water lines for the first expansion of Fort Drum, NY, building associated off post housing for the families of military dependents and the $28 million Solid Waste Landfill in Rodman, NY, which at the time was the first state of the art solid waste facility authorized by the NYS Dept. of Environmental Conservation.  Gary’s family promoted the famed Watertown Speedway and in 1974 his family was involved with the purchase of the Can Am Speedway, which is still a major dirt track facility in New York State.  Gary spearheaded the drive to make the DIRT Hall of Fame, where his father is enshrined,  a Non‐profit entity. He is also Board Chair for the Northern Credit Union and Board Chair of Carthage Area Hospital.

Below are some additional details on what the combined credit union would look like:

Name: On the effective date of the merger, neither credit union will change its name and Countryside will be referred to as a “division of Northern Credit Union.”

Membership: Anyone who lives, works, worships, or goes to school in Onondaga, Madison, Oswego, Lewis, Jefferson, St. Lawrence, Franklin and Clinton counties and their immediate family would be eligible for membership.

Leadership: Northern’s current President/CEO Dan St. Hilaire will lead the combined credit union along with the senior leadership team of both credit unions. Ben Gasser, Countryside CEO/President, will stay on through the merger process in support of the team, board, and membership and then plans to pursue other career interests after 11+ years of dedicated service to the Credit Union.

Governance: Two board positions will be reserved for Countryside along with one seat on the Supervisory Committee. Countryside members are invited to take part in the governance process, that will not change post-merger.

Employees: The credit union will continue to provide career opportunities to employees of both organizations as a result of the partnership. Countryside FCU team members will experience greater career growth opportunities, training resources and competitive employee benefits as part of a larger organization.

Size: The combined credit union would have approximately $609.3 million in assets and serve more than 41,000 members.

Locations: There will be a total of ten locations in Onondaga, Lewis, Jefferson and St. Lawrence counties. There will also be access to fee-free Shared Branching and ATMs throughout the nation.

NCUA Insurance: Your savings will continue to be federally insured to at least $250,000 and backed by the full faith and credit of the United States Government. Through the National Credit Union Administration, a U.S. Government agency.

What can you expect?

Some examples of how we all benefit include:

We have received regulatory approval from both the National Credit Union Association and the New York State Department of Financial Services. To complete the partnership merger, we will need two different affirmative votes from the Countryside membership as the merging organization. Northern members are not required to vote.